The BTnode has been jointly developed at ETH Zurich by the Computer Engineering and Networks Laboratory (TIK) and the Research Group for Distributed Systems. Currently, the BTnode is primarily used in two major research projects that also supported the initial funding for the development of the platform: NCCR MICS and Smart-Its.

There have been three major hardware revisions: 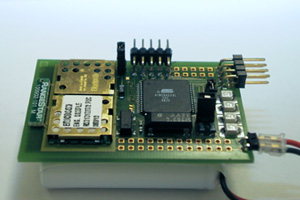 Our first prototype based on an early Ericsson ROK101007 module. We had only four at the time so we invented the BTnode software emulation which proved very handy for first experiments and speedy debugging without having to download to an embedded target. Additionally, BTnode mock-ups of a Bluetooth and an Atmel developer kits were used for early phase development.

We built 200 of these, mainly for the Smart It's project but also for general availability for experimentation and demos. The BTnode is set up on a two layer board with the ATmega128 and external memory underneath and a detachable Ericsson ROK101008 Bluetooth module in module carrier on the top.

With it's versatile plug and play connector interfaces, the BTnode rev2 has been the star of many ubicomp applications and demos. Development and application roll-out has been fast and reliable. The BTnode rev2 ran our first large-scale Bluetooth Scatternet experiments on up to 40 nodes. 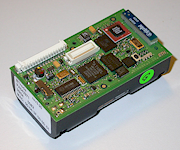 Based on the experience with the BTnode rev2 we designed a new system with two radios and better power conversion and distribution systems. This BTnode was made available for public sale through our partner "Art of Technology" based on the demand created through the BTnode rev2.

The BTnode rev3 is now successfully used in many research projects spanning from rather simple ubicomp applications with few nodes to large, interactive networking applications. The BTnode rev3 has been used to scale up Scatternet experiments to 70+ nodes. Additionally the BTnodes are used in university education and training.

Many people have contributed to the success of the BTnode platform. The BTnode core team consists of the following people:

And the following contributors: